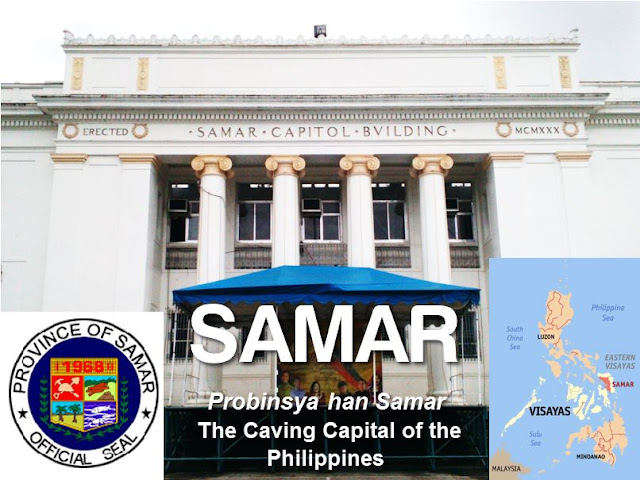 Like two lovers that were separated before by a very narrow San Juanico strait, Leyte and Samar are now reunited by a gorgeous steel bridge that supports the economy and welfare of two big islands, bonded historically and culturally. 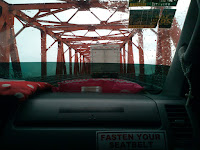 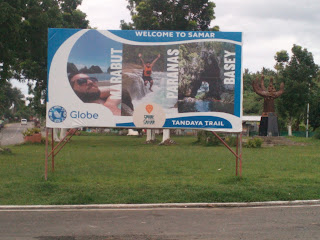 On my third day in Tacloban City, I went directly to Grand Tours terminal after visiting Palo. Going directly to ticketing booth, I paid Php120 for a two-hour ride to Samar’s capital city. Good thing I got a seat before the van departed. Sudoy ha Samar started then. 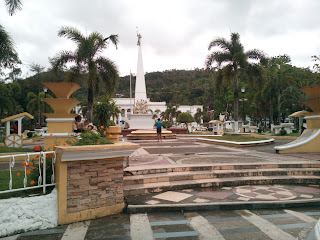 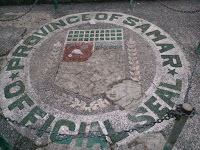 Finally I arrived at Catbalogan City. Alighting at the highway adjacent to the provincial gym, capitol building in neoclassical style stands before the spacious plaza, dotted with monument dedicated to Queen Isabela, who was credited on creating the province of Samar. 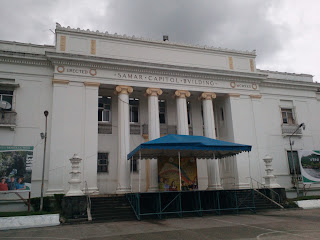 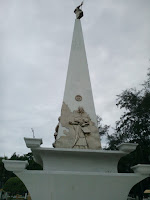 Like Leyte, this capitol was the seat of government for whole Samar until this island was divided into three provinces: Northern Samar, Eastern Samar and Samar (formerly Western Samar). You can see from the façade some of Samar’s prime tourist destinations.

Using offline map from my smartphone, I navigated the city streets to get to the city hall, where an unusual Rizal monument stands, where his bust is supported by three naked men and his literary works: El Filibusterismo and Noli Me Tangere. 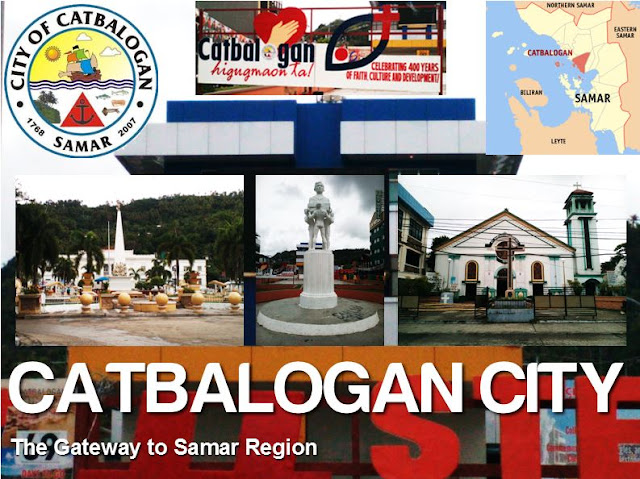 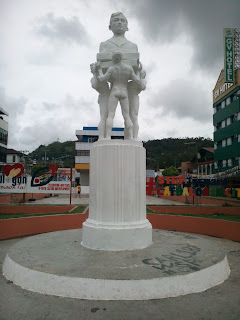 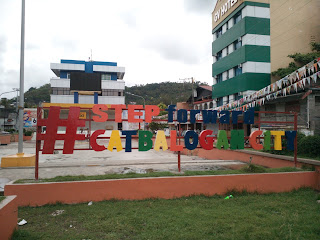 I paid a visit at Saint Bartholomew church, still in the city center, where Grand Tours terminal is located. Before I get back to Tacloban City, I searched for Charito’s Delights, a famous store where I bought some of Samar’s delicacies. Buying more delicacies in the Grand Tours terminal, I waited for less than a quarter until we’re fetched by the air-conditioned van. 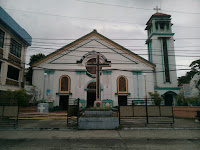 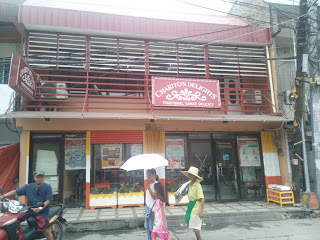 Once I got back to the downtown Tacloban, I checked-in again at GV Hotel, but as a walk-in. Gladly, I was able to get a room, a non-aircon type but a spacious one. You won’t mind having a fan room because the temperature inside is as cold as when you’re in air-conditioned room. I left my backpack and hailed a jeepney direct to new terminal. 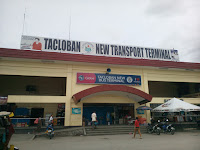 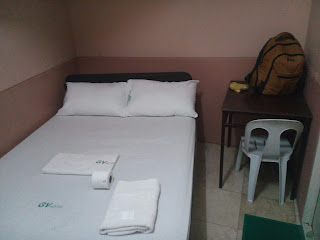 From New Abucay Terminal, you can see buses, vans and jeepneys with designated land destinations to any point of Eastern Visayas. I found the van very comfortable and gets packed easily so I rode one. After less than an hour, I arrived at the sleepy town of Basey (pronounced “ba-sai”) where their heritage church is perched on top of the hill. 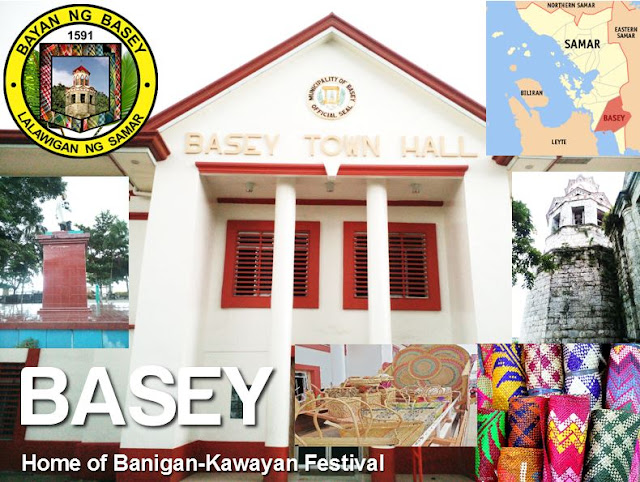 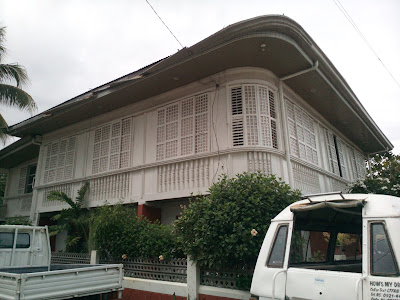 The town’s name came from Waray word “mabaysay” meaning beautiful. Municipal center is located facing the sea, so you could see the neighboring Jinamoc Island and the rest of San Pablo Bay. Basey celebrates their Banigan-Kawayan Festival ever September 28-29 as they showcase their ingenuity in bamboo and mat-weaving. 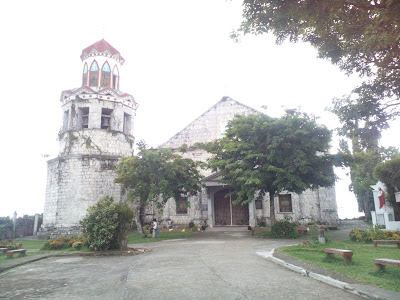 Their locally woven mats or banig are famous for lively colors and produced by some homes in Basey and sold as souvenirs. Too bad I forgot to buy even a purse from a shop nearby because I was focused on waiting for the town church to open at 4pm, not knowing that was the last trip of vans plying to Tacloban. I had no choice but to ride a bus at the highway. What awaited me there is a long walk across the strait bridge.
Posted by bengoeswhere at 4:50 PM